But first some additional background into the severity of the problem. China’s decision has the potential to bring the $200-billion recycling industry to a screeching halt, leaving U.S. cities, corporations, and organizations with serious concerns about what they’re going to do with their recycled goods.

The New York Times recently reported that hundreds of recycling programs in American municipalities are on the verge of collapse, with some cities reverting to burying their waste or worse yet, burning it. The notion of this nation of ours taking on the task ourselves is curtailed by the costs involved and the water, energy and time required. Adding insult to injury, with declining oil prices, it has become less expensive to create virgin plastics rather than using recycled materials.

The Environmental Protection Agency (EPA) says nearly 66 million tons of materials are recycled in the U.S. each year, and about a third of those materials were exported to China. With the recent ban, every state in the nation has been affected — with some cities eliminating curbside recycling efforts. In addition, urban recycling centers are closing their doors across the country. 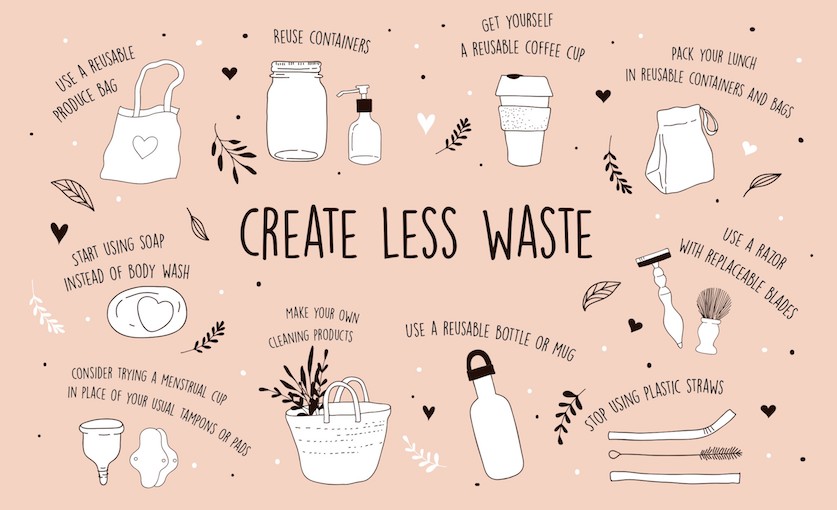 With the demise of a formerly healthy recycling plan for this country, Celine suggests we concentrate on the first two “R’s” in the adage of Reduce, Reuse, Recycle (RRR). For starters, the NCOAE executive says she has already drastically reduced her consumption of food items bought in plastic.

Specifically, she has chosen to focus on the reducingand reusingparts of RRR, and much less on recycling. Here, in her own words, are some of the steps she has taken to date:

NCOAE’s close and intentional affiliation with the Leave No Trace Center for Outdoor Ethics inspires us to consider our impact — not only in the backcountry — but in our daily lives. The idea is to try our hardest to reduce our own environmental footprint.

How about you… what are you doing now that recycling is being curbed in many parts of the country? Let us know by leaving a comment below.

I really like the idea of taking responsibility for your own waste and limiting it. My family eats a lot of produce, so I'll try to buy them in bunches as you talked about. It's really important that my spouse and I start teaching our kids about recycling as well so that we can be more eco-friendly.