Inspiration Through a Journey of Exploration: Part Two – Federico Cabrera

Federico Cabrera is a dreamer. For years, he had dreams of becoming a National Geographic photographer. Taking photos in Africa was top of mind for 15 years as he toiled in foreign trade. But that nagging thought of grabbing up a camera and exploring the world finally prompted Federico to give up his successful career and follow  the photo bug dream.

These days, Federico Cabrera is a Buenos Aires-based freelance photographer, traveling throughout South America on a bicycle and living in the countryside and, as we’d like to point out, making a difference in the world. 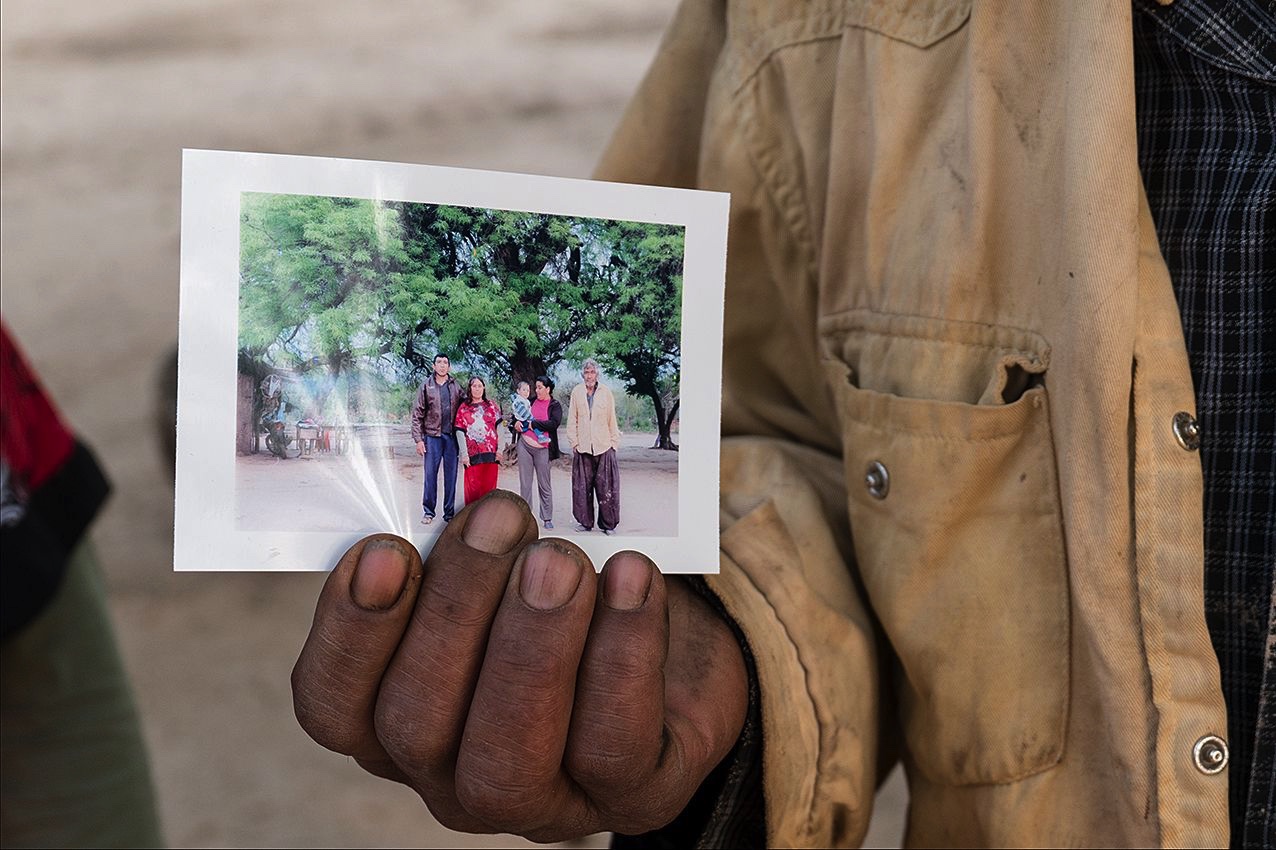 Walking away from his former career, Federico put new-found energy into a life behind the lens. And to do this, he said he began commuting country to country by bike, initially to reduce stress and eventually to return to a simple/healthier way of living. He now travels at a pace that enables him to actually see the countryside from the seat of a chain-driven bicycle rather than behind the wheel of a fast-moving, impersonal car.

Today, we feature the works of Federico in Part 2 of our Inspiration Through Exploration series. A photo is nothing more than light passing through a hole in a box. Whether exposed to paper treated with chemicals or digital receptors, the end product is the same — a photograph. And when you see a photograph that moves you, that is inevitably the result of the subject and the camera operator engaging in the movement of light together — a beautiful dance.

This week’s featured artist not only performs this dance with his subjects, but he produces beautiful portraits of them that he frames and then hands over to the subjects of his photography. His portraits are the residents of poor communities in South America, many living in homes with little or no access to electricity or clean water.

It was while visiting with these families that Federico discovered that in many of the homes, the residents didn’t even have a portrait of their family. That prompted him to carry a printer along with paper and ink to deliver personal portraits of his subjects.

On a more realistic level, Federico saw many families living with little or no electricity in their homes and worse yet, contamination in their water supplies. He decided he could make a small difference by handing out solar lamps and water filters to households he visited while on his expeditions. That, along with portraits of those families that were often the only photographs these South Americans had in their homes.

Federico figures he’s donated nearly 350 solar lamps and water filters, along with more than 500 printed portraits in the six years since he began these bikepacking adventures, which include expeditions through Argentina, Chile, Venezuela, Brazil, Peru, and Bolivia.

So when Federico packs up for a photo expedition, he brings along his essential photography equipment, as well as solar lights and water filters that he personally delivers to those who need them.

A photographer? Yes, but Federico is much more, not only capturing the light to make a family portrait, but a light that is filled with empathy, compassion and a heart.

We asked Federico what inspires him and how he arrives at his inspiration:

Inspiration Through a Journey of Exploration: Part One – Alex Hotchin

This week we begin the first in a three-part series called “Inspiration Through Exploration” where we will see how gifted and novice travelers alike can document their adventures through artwork, photography, writings and other means.

Today’s inspiration comes from Australian Alex Hotchin and her beautiful — and very unique maps. Next week, we will explore the photography of Federico Cabrera in his “Their Only Portrait Project.” And in Part Three, we will see how primitive and print journals are emerging, with representation from both the Adventure Journal and Bikepacking Journal. 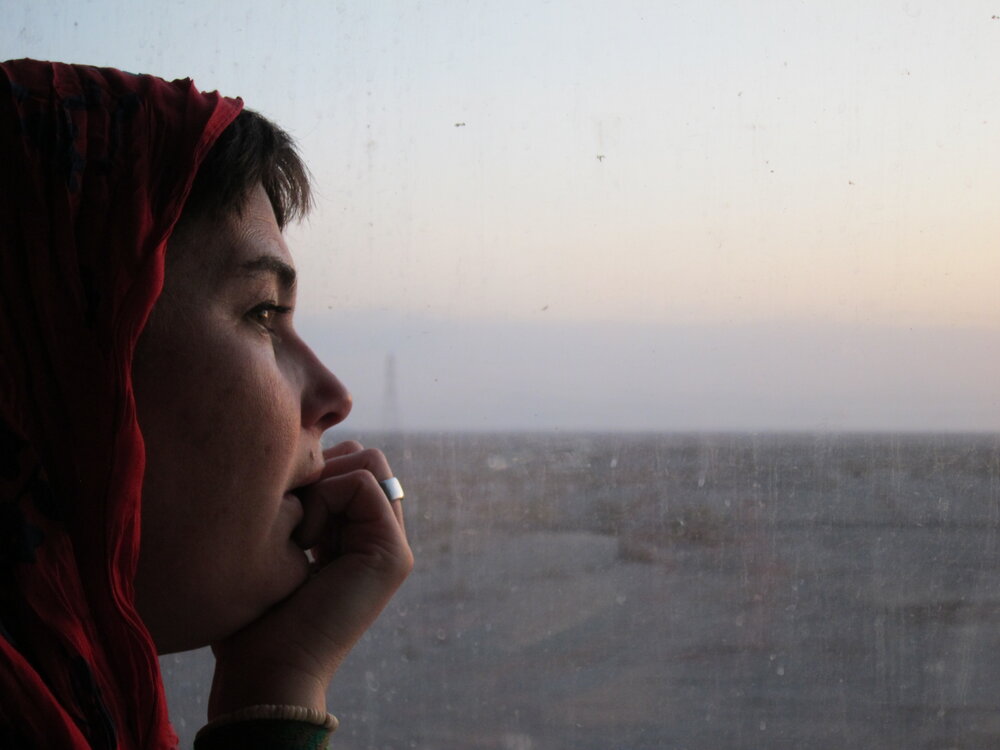 What we here at the National Center of Outdoor & Adventure Education (NCOAE) hope to accomplish in this series is to inspire outdoor enthusiasts to document their adventures in new and fascinating ways. Too often we just pick up our smartphone or camera to grab a quick shot of a passing bird, a mountain formation, or the cool gear of the hiker in front of us.

We are hoping to encourage you to move outside the boxes (devices, phones, computers) that are typical of  modern-day sharing. For example, I carry a camera on my bicycle, usually strapped to my climbing harness or in my boats. Ninety-nine percent of the time I don’t touch it. So, why carry it at all? Because maybe one percent of the time, I see something that I want to help illustrate the story and memory of that specific moment in time, during that specific journey. I like to take pictures of the unexpected.

Most of the time, I also carry a roll of colored pencils and a notebook. Drawing takes more time, so it forces me to stop and think about how to best combine lines and colors to represent something meaningful to me and to connect my story with those who might see it later on.

Many times upon returning from a long outing or expedition for NCOAE, I show my family and friends my journal, drawings, and photos to accompany my stories. This gives people the opportunity to come up with questions, engage with the landscape and not just ask, “How was your trip? “What did you do?” Sharing on a personal level allows for a secondary depth of exploration, face to face (or six feet apart for now).

Alex is an illustrator who creates books and maps to tell her stories. Her illustrations are inspiring and the maps she creates are personal to herself and to her specific journeys.

When looking at Alex’s work, you get the sense you have actually joined the journey. Alex takes two-dimensional representations of maps and makes them jump off the page. Scale is not specific to cartography, with the scale offering viewers a look through the artist/adventurer’s eyes. What she saw out there — the beauty, the obstacles and cultural significance — is laid out before us in lines, shapes and colors.

Can you actually find your way using her maps? I suppose that depends on where you want to go. We asked Alex to provide us with a little detail about the work she does, and here’s what she had to say: