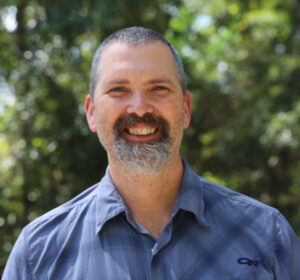 Bachelor of Science in Business Management
University of Phoenix

Todd Mullenix became The National Center for Outdoor & Adventure Education’s (NCOAE) EMS Program Director in August 2016 after a long and winding career path that started in 1990 with eight years of service in the U.S. Army as an Airborne Infantryman/Emergency Medical Technician (EMT). Along the way, Todd served as a correctional officer with the North Carolina Department of Corrections, District Circulation Manager of the Asheville Citizen-Times, Adventure Coordinator and BLS Trainer for the YMCA, paramedic for McDowell County and Stokes County EMS, and instructor at the Wake Forest University Baptist Hospital.

You can expect Todd to keep a cool head when situations heat up. When he wasn’t dangling from a rope on the side of a cliff, he served as Airborne Infantryman, where he participated directly in security and response for the Panama Canal and in security and observation during a six-month tour on the Sinai Peninsula. As a Combat Lifesaver and EMT-B, he responded to emergency medical situations.

An experienced instructor, Todd has provided significant amounts of instruction to hospital staff including medical responders, EMTs, nurses, paramedics, and physicians and EMS education and training at all levels to students at numerous colleges. He is experienced in Wilderness Medicine Search and Rescue and has participated in numerous wilderness situations involving lost and injured subjects.

Todd was born and raised in Bellingham, Washington, and graduated for the University of Phoenix with a Bachelor’s of Science in Business Management. He earned his Paramedic Certification from McDowell Technical Community College and is an American Mountain Guides Association Certified Single Pitch Instructor/Apprentice Rock Guide.

Bachelor of Science in Business Management
University of Phoenix