Fire it Up: How to Plan for and Make a Campfire in the Backcountry

Most of us have caught at least an episode or two of “Survivor,” the original reality show that has cast members “outsmart, outlast and outwit” each other in order to win a million dollars at the end of 32 days in a wilderness environment.

Inevitably on this popular TV show, two finalists are forced to build a fire, with the winner moving on and the loser going to the jury. And you’d think after 38 seasons, that all contestants would find it advisable to practice building a fire with flint and kindling BEFORE arriving on that season’s desert island or jungle outpost. But they don’t.

What we’re going to do in this blog post, is show you how to plan for a campfire in the wilderness, what to bring, what to source onsite, and how to avoid setting your tents, sleeping bags — or the entire backcountry afire.

Oh, and if you’ve never learned how to build a fire — or cooked over an open fire — you should. It’s an amazing, freeing experience. Here’s what you’ll need: END_OF_DOCUMENT_TOKEN_TO_BE_REPLACED

Tales Told Around the Campfire Highlight a Backcountry Adventure

Crack, pop, pop, hiss. The campfire audibly confirms its presence as a contented audience sits around the pit, absently staring into the infinite colors created by the dancing flames.

When fire restrictions aren’t in place, campfires have always been a centerpiece for backcountry gatherings; a time and place where learning, cooking, impromptu singing, occasional horseplay and long descriptive stories punctuate comfortable stretches of silence. 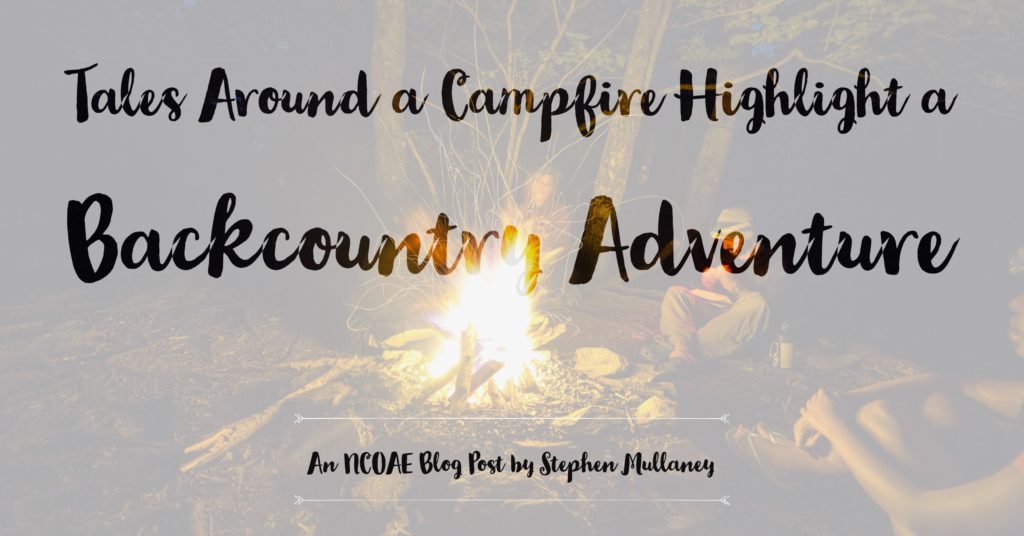 But it’s the stories told around a campfire that are often among the most memorable portions of any wilderness outing — especially when one or more participants has some stories to tell and the ability to tell them well.

A few years ago I had the good fortune of leading a group of students on a trip that combined paddling, climbing and hiking. The weather was great for about 10 percent of the trip, which means the other 90 percent tested our resolve. As a result, our itinerary had to END_OF_DOCUMENT_TOKEN_TO_BE_REPLACED