Avoiding Target Fixations and Incident Pits in the Backcountry

“Look where you want to go!”

I have conveyed this message to wilderness course participants countless times, shouting, screaming, and using hand signals when necessary. Sometimes I’m yelling above the roar of a set of rapids or the sound of an adjacent waterfall.

“Look where you want to go!”

I emphatically issue the same advice while watching climbers rappelling down a cliff, or verbally guiding a student on a mountain bike through a sketchy section of trail. In each case, the point of my shouting is to get the students to stop looking at the obstacle.

“Look where you want to go” really translates as “Stop looking at the obstacle! Don’t fixate on the hazard!”

And it doesn’t matter if you’re a Wilderness First Responder approaching the scene of a backcountry incident, or a student on a wilderness course attempting to navigate a perceived hazard or obstacle, looking too closely at a hazard you want to avoid can be very dangerous.

At first glance — no pun intended — you might think it wise to actually look closely at the hazard you want to avoid. No argument there. You absolutely need to identify obstacles, especially in the backcountry and other places considered Wilderness. In fact, identifying an obstacle is a key factor in remaining safe.

But here’s the thing: END_OF_DOCUMENT_TOKEN_TO_BE_REPLACED

The Role of the Wilderness First Responder During Water Rescues

It may surprise you to learn that drownings — along with heart attacks and falls — are among the leading causes of death for those who venture into the wilderness for recreation or education in the United States.

Statistics show that there are nearly 4,000 fatal drownings each year in the United States, with a little more than 8,000 nonfatal drownings. These figures include boating-related drownings. In fact, the threat of drowning is so prevalent that the first edition of the NCOAE Wilderness Medicine Field Guide devotes an entire section to Environmental Submersion and Drowning Injury.

Of course, it’s during the spring and summer that most outdoor explorers are on the water, including those participating in backcountry expeditions. Lakes, rivers and streams provide much-needed relief in the backcountry on a hot August afternoon and are sought-after destinations for many outdoor enthusiasts.

For those training to become Wilderness First Responders (WFR) and those participating in Wilderness First Aid (WFA) training, a major consideration is assisting with medical emergencies that occur on or near the water.  END_OF_DOCUMENT_TOKEN_TO_BE_REPLACED

You’ve just finished packing up your gear and made sure that your favorite secret camping spot is in better shape than when you arrived. You’ve disposed of your waste properly and minimized your impact.

Suddenly, someone stumbles out of the tree line with a couple of sidekicks, tosses down a backpack and pulls a smartphone out of their cargo pants.

Two dozen photos and a short video later, all three cram their cell phone back in their shorts and excitedly speak how pristine the spot is. “This is great! And there’s hardly anybody here,” one of them says to another. “I can’t wait to post this stuff on Instagram and show everybody where we camped this weekend!”

With the advent of texting, tweets, drones with really good cameras, and phones that can take and post 12-megapixel photos and 4K video — along with their coordinates — it’s obviously past time to consider a nondisclosure agreement for Mother Nature’s treasured and off the beaten path locations.

The simple fact is wilderness (and the backcountry in particular) is taking a beating. And we all know what happens when Mother Nature isn’t happy.

Here’s a real-life example of why nature needs a nondisclosure agreement. I was guiding a research scientist on a trip to find an ancient bald cypress tree for his research. We spent hours paddling around to find the old tree, and when we did, the scientist wrote down the coordinates. He didn’t even share those coordinates with me in fear I might geotag a photo and post it online.

When I asked him to explain his clandestine actions, he told me that an enormous amount of damage has been done to ancient trees because coordinates have been posted along with pictures. He now refuses to geotag any of his posts. 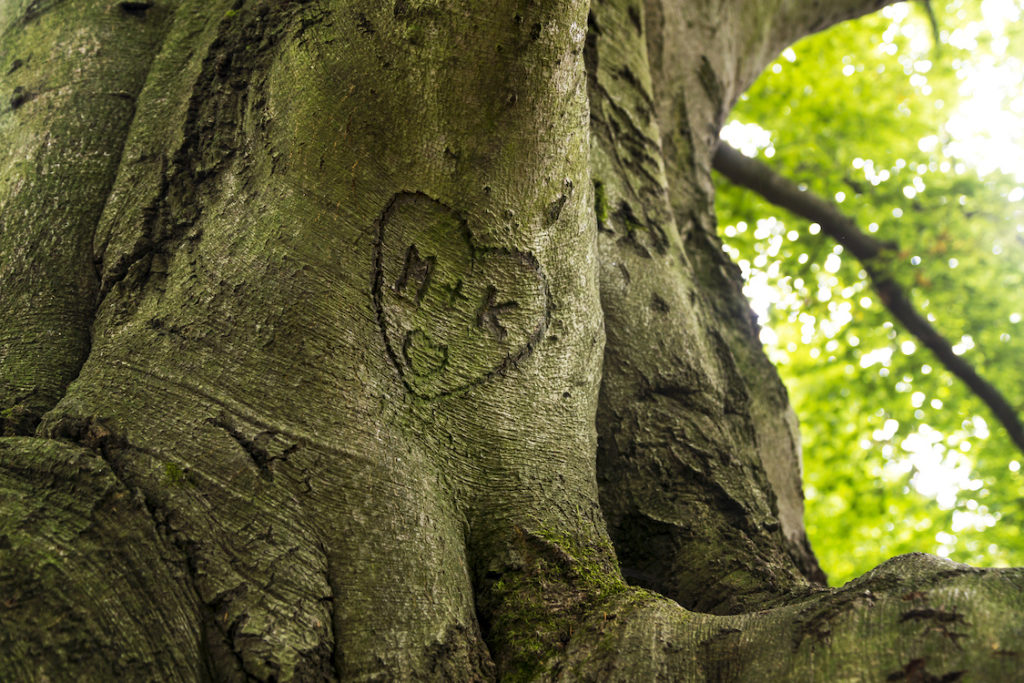 And he has an excellent point. Close your eyes for a moment and picture that favorite spot that you found in your local woods, secret climbing crag, or untapped surf location. Now imagine dozens of billboards advertising those treasured spots, each boasting a million views and offering exact directions to each.

I can hear your screams from here. Can you hear mine? You would be angry on a volcanic level. END_OF_DOCUMENT_TOKEN_TO_BE_REPLACED

Winter Camping Offers an Exciting Challenge to Your Comfort Level

As the numbers on the thermometer continue to drop in many regions of the United States, fewer people are packing up their camping gear and venturing into the backcountry. Not unlike our nation’s bear population, most outdoor enthusiasts lose a little of that enthusiasm for wilderness when winter makes its appearance.

Many part-time adventurers prefer to snuggle indoors, heat up some coffee or hot chocolate, catch up on their reading or TV binge watching, and begin planning for their first outing — next spring.

However, there are those of us who can’t wait to see how winter has decorated the trails, hillsides, and mountains, and how similarly can’t wait for the challenges offered in the outdoors when the cold settles in and the snow really hits the deck. Yes, there are myriad challenges and yes, wintertime spent in wilderness will definitely test your mettle. But just look at the advantages:

Fact is, you just might arrive at your favorite spot and find far fewer — or possibly no other — visitors at all. Talk about remote. It’s just you and the environment.

With fewer bipeds on the scene, the chances of spotting wildlife increase substantially. Have you ever looked up and spotted a wolf staring down at you from a rock? Ever been paced by a coyote? Or see owls land on a tree over your campfire? If not, it’s probably because there have always been too many people in the area.

In other words, the old becomes the new. We call that shoshin — a word from Zen Buddhism meaning  END_OF_DOCUMENT_TOKEN_TO_BE_REPLACED

Let’s Start a Conversation About Land Use Management

More and more individuals, families and outdoor organizations are going to great lengths to enjoy wilderness experiences in our national forests, but with this exploding trend, how are we addressing the impact on natural resources? What does the future hold for outdoor recreation areas and natural setting outdoor classrooms? 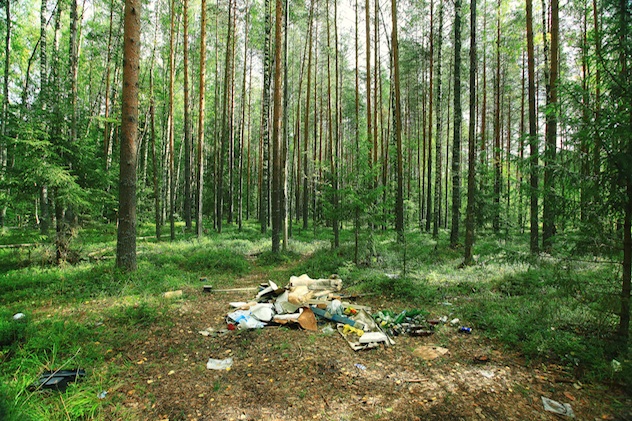 As professional members of the outdoor industry, we are constantly trying to increase the numbers of programs and the number of students who participate in outdoor recreation and adventure programming endeavors. We look for course areas that are pristine — mostly because no one else is visiting those areas — yet. But the reality is this: If we are researching an untouched course area for our organization, you can bet there are a hundred others doing the same thing.

As educators and outdoor education administrators, we know that in order to appreciate and protect a natural space, have to engage with it. To be shaped by the beauty of the outdoors, you must be given the opportunity to live in it. How can you appreciate and protect something you’ve never engaged with or seen?

The outdoor industry has been working with the END_OF_DOCUMENT_TOKEN_TO_BE_REPLACED

North Carolina’s more than 40 state parks are sharing a centennial anniversary with the National Park system this year, all offering an enormous amount of biodiversity and geographical features to explore.

The National Center for Outdoor & Adventure Education’s (NCOAE’s) world headquarters and home campus is located in Eastern North Carolina, which has amazing biodiversity of its own, many times overshadowed by the mountains, geological features, history and one-of-a-kind elements. 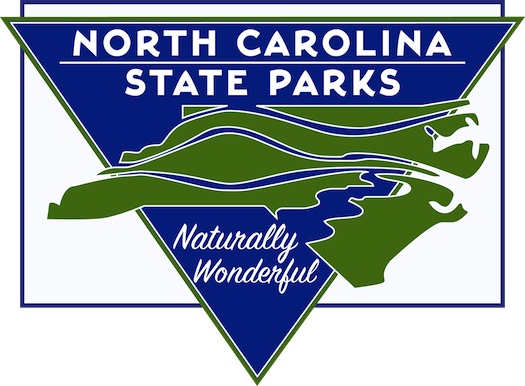 Two parks that are near our campus are Carolina Beach and Lake Waccamaw State Parks. Carolina Beach State Park has the distinction of being the home of the unique — and carnivorous —Venus fly trap plant. Students on NCOAE select courses have the opportunity to END_OF_DOCUMENT_TOKEN_TO_BE_REPLACED