Injuries that involve bleeding are not completely uncommon to those of us who visit or work in the backcountry. In fact, injuries that produce blood are considered inherent risks in wilderness travel, whether that be during a multi-week expedition or an afternoon hike in your local woods. 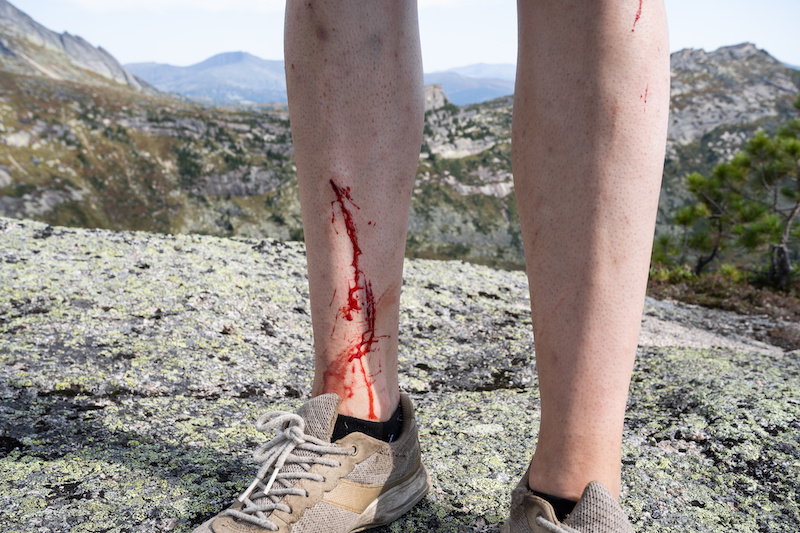 Knowing how to handle medical emergencies — and that includes knowing how to stop the bleeding when it occurs — is an essential backcountry skill. But here’s the thing… when it comes to bleeding, some “vintage” emergency tactics may have outlived their usefulness. For example, if you’re old enough to remember first aid courses where you were taught to use pressure points or to elevate the injured site, you should know this:

Those methods have been found to be ineffective and are no longer recommended.

So today, we’re going to talk about this commonly encountered medical problem, and how the vast majority of bleeding issues can be effectively and rapidly controlled by almost anyone with a few simple techniques. Fist though, let’s cover the three types of external bleeding.

The Four Steps to Control Bleeding

No matter the seriousness of the external bleed, the steps required to control the bleeding are basically the same. They include:

Protecting yourself from exposure to potential infections

Like all body fluids, blood can carry pathogens such as Hep-B, HIV and others. Whenever possible, put on exam gloves (nitrile or vinyl) before providing aid. It’s a good idea to carry several pair in your first aid kit or pack.

However, keep this in mind: Simply getting blood on your skin is unlikely to transmit a disease. More of a concern would be if you were to get transmitted blood in your eyes/mouth/nose.

Pro Tip: This is not a time to be shy. Ask the victim if they have any known transmissible diseases, although the answer may not be accurate. If you are exposed while rendering aid, don’t panic. Wash the area with soap and water as soon as possible and follow up with your physician or an urgent care.

The most important thing is to stay calm and give it your best shot. Controlling bleeding is actually very simple, but also critically important and saves lives.

About the Author: Kate Javes is a North Carolina Level 1 Paramedic and EMT Instructor at The National Center for Outdoor & Adventure Education. A former two-sport NCAA Division I athlete at Rutgers University, Kate received her Bachelor of Science degree in math, and a second bachelor’s degree in History from the United States Naval Academy in Annapolis, Md.

About the Author: Kate Javes is an NC Level 1 EMT Instructor and a Paramedic at The National Center for Outdoor & Adventure Education. A former two-sport NCAA Division I athlete at Rutgers University, Kate received her Bachelor of Science degree in math, and a second bachelor’s degree in History from the United States Naval Academy in Annapolis, Md.

Applying the Principles of ‘Leave No Trace’ to Daily Life in an Urban SettingThere’s a Reason Why Outdoor Ed is Not Club MedCape Fear Academy Students Immerse Themselves in Ecuador’s CultureNCOAE's EMT Training Opens the Doors to Jobs Across the U.S.NCOAE Recommends — 2022 Outdoor Industry Conferences and Summits